Takeaways from Cornell Tech at Bloomberg, Women at Forbes, and Techcrunch Disrupt 2017 Events

Coming into New York as a digital marketing agency, we decided that we would like to attend at least one event every week to learn & network. Along those same lines, Andrew Broadbent, Director of Search Marketing, has also believed that continuing to publish on other publications would be essential to establish ourselves in this city and also to develop our agency’s branding and marketing strategy.

Well, we ended up not only attending regular events like Cornell Tech at Bloomberg and Women’s Breakfasts at LMHQ, but also one that came into town for developers: AMP conference by Google. Because Andrew is a regular contributor to Startup Grind and has been featured on other well-known publications, he was invited to the Millennial 2020 conference and received a press pass to Techcrunch Disrupt NYC 2017 conference as a Startup Grind media reporter.

Also, as a result of my enrollment, (Vania Benavides’s, Founder & Digital Marketing Director at Vab Media) joining a women’s entrepreneur group, Dreamers, and Doers, we were invited to a very exclusive cocktail party at BCG Digital Ventures. We heard Gary Vaynerchuck speak about Social Media and Influencers becoming the voice of brands and breaking the mold.

Additionally, Ialso participated in a women in business workshop with Whitney Johnson who was recently recognized as one of the world’s most influential management thinkers as well as an investor, founder, writer; along with the Women at Forbes team at Forbes in NYC. We’ve met some great contacts, learned a lot about other entrepreneurs, businesses, strategies, and through it all, we’ve been growing our customer base as well as working to improve our processes. We’ve been working to develop Get Croissant’s online visibility via SEO and Google Adwords, and in the process have had a chance to work out of several office spaces in the city.

At Bloomberg’s Cornell Tech events we’ve had the chance to hear from CEOS from Brit+Co, Birch Box & Dia & Co; Union Square Hospitality Group’s CEO Danny Meyer, and most recently, Turner Broadcasting‘s new CEO: John Martin. From each of these events grew a lot inspiration and willingness to continue on our path to developing our agency in New York.

Being a woman founder, myself, I am always grateful that there is a growing community of women entrepreneurs, many of who are very open to sharing their experiences and willing to collaborate with other women founders. For instance, the women founders event at Cornell Tech was one of the highly attended events they’ve had. The women spoke to us about their companies as well as the difficulty of women looking for investment opportunities. Take a look at the video below for more.

As you can see, going to conferences has been a great experience for many reasons in addition to networking. It not only allowed us to see and hear about the adversities of other entrepreneurs, but also allowed us to begin to see our own path more clearly. Here is Andrew’s latest account of his experience at Techcrunch Disrupt.

For the last few years, we have been hearing all the hype and the expensive price tag that Techcrunch Disrupt is supposed to be the must-attend conference to network with technology experts and hear about the latest startups disrupting industries.

Kicking off the conference, Derek Jeter and Jaymee Messler of The Players’ Tribune opened a 20 minute fireside chat to a packed audience of startup founders, developers, tech reporters and others who were joined by viewers in 85 countries watching online to hear what was new in innovative technologies and what to watch out for in terms of disruptive companies.

We are shifting from a mobile first to an AI first world.

This shift into an “artificial intelligence first” world will impact the way customers find your business AND the way you interact with those customers. From biotech and machine learning to transportation and retail—AI innovations are changing the world.

To find the opportunities awaiting discovery for your own business, ask yourself two questions:

If your business innovates a solution to a problem, you can make people’s lives or jobs easier, potentially jump ahead of your competition, and grow your business.

But even if you’re not going to invent the next great product, by understanding people’s needs better you can offer solutions more effectively. Your marketing campaigns will ring truer (and have better click-through rates!) if they come from a point of empathy.

One of the benefits of having a press pass is you have over 30 new startups that are emailing you to interview them.  Like this email

Here are a few of the highlights of the talks that were interesting:

Every Customer’s an Influencer: Glossier and Outdoor Voices These two 20 something founders of Glossier and Outdoor Voices, Emily Weiss and Tyler Haney, respectively, spoke at TechCrunch Disrupt about how they are taking on very competitive industries such as the quarter-of-a-trillion dollar global beauty market and the saturated “athleisure” market with giants like Lululemon Athletica, Nike, Under Armour all in the mix. They spoke about how every customer is an “influencer”, how they have found ways to tap into unpaid celebrity endorsements, and how being digitally native direct to consumer brands who used social channels like Instagram to launch their companies. Emily Weiss says they have seen 100% new growth this year in regards to doubling their social media brand account followers.  Watch it here.

Building silicon outside of the Valley with Steve Case As I checked into the TechCrunch Disrupt NYC 2017, I bumped into Steve Case, the founder of AOL Inc. and the author of the New York Times bestselling book: The Third Wave: An Entrepreneur’s Vision of the Future, who told me he was here as a speaker for a talk for titled “Building Silicon Valley Outside of the Valley.”  I spoke with about one of our PPC client Innovation Central of Albuquerque, which he visited last year on his rise of the rest bus tour, where he and his VC team travel around and visit emerging innovation hub cities, including Albuquerque, Omaha/Lincoln, Nebraska; Denver, Colorado; Detroit, Michigan; Salt Lake City/Provo, Utah; and Phoenix to find early stage startups to invest in. Case who spoke for 20 minutes with passion and clarity, explains the ways in which newly emerging technology companies (a growing number of which, he argues, will not be based in Silicon Valley) will have to rethink their relationships with customers, with competitors, and with governments. He also offered advice for how entrepreneurs can make winning business decisions and strategies—and how all of us can make sense of this changing digital age. Watch it here.

Can inspiration be monetized with Tim Kendall of Pinterest Tim Kendall Pinterest’s president showed off how the company’s visual search technology could be used to serve ads by allowing users to snap a photo using their smartphone’s camera. Today, the company launched the ability to connect advertisers with potential customers through “Instant Ideas” – a feature on Pinterest where a small circle at the bottom of a pin will take you to related pins

Say you were visiting a friend’s house and really liked their dining room table. Instead of asking them where they bought it, you could instead launch the Pinterest app and take a photo. Currently, Pinterest would return a set of products of a similar style. But when Lens opens up to advertisers, they would be able to reach a highly targeted audience of customers who like a particular style of furniture by inserting their own ads in Pinterest’s visual search results.

What’s also interesting about this technology is that it can help advertisers reach consumers who may not even be able to identify what it is – specifically – about the product in question that appeals to them. That means the customer wouldn’t necessarily know what words to type into a search engine like Google (or even Pinterest’s) in order to seek out similar products. It’s making the camera itself the search engine for products, instead. Despite all the things he talked about have not been rolled out yet.  Watch it here.

It was cool and interesting to experience the whole Techcrunch Disrupt vibe first hand, (was it as cool as the first season of the Show Silicon Valley made it? No, and do I think if I had to pay the 3K price admission would it have been worth it, probably not, but I really liked meeting Steve Case and talking a UX developer from Time inc.  And there were some interesting startups launching and competing in the Battlefield competition.    And for the AMP, Bloomberg, Forbes and Dreamers and Doers sponsored events, they have been really fun and inspiring to meet many interesting trailblazing entrepreneurs, tech leaders and marketers.  Vab Media Digital Agency loves the “Big Apple” energy. 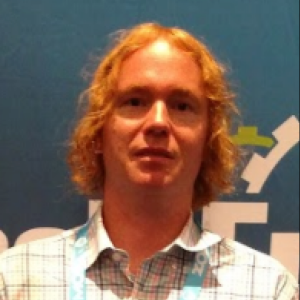 As Vab Media's SEO director, I am responsible for leading our data driven SEO team providing strategy, overseeing processes, providing training and testing the latest SEO strategies to improve conversion and revenue for Vab Media and all of our clients.
PrevPrevious
NextNext