The Great Guide to The Best Social Media Ad Trends

Looking to boost your company’s online presence? You’ve come to the right place.

In the ever-evolving world of digital marketing and advertising, being quick-witted and intuitive is imperative for leveraging upcoming trends; the most recent burgeoning on various social media platforms. Even if you aren’t the most marketing-savvy person, here is a list of 5 (trust us, that’s all you need) paid social advertising trends to watch out for and implement in your company’s social media campaigns.

What exactly is paid social advertising?

Not to be confused with paid search, paid social advertising is a super-effective method of optimizing social media fronts in order to broaden a brand’s reach and connect with consumers. Social media content of this nature is usually tagged with keywords such as “sponsored” or “promoted”. What makes paid social advertisements so enticing is the fact that ads can individually be tailored to suit the preferences of your most relevant audience and it’s generally less expensive than traditional forms of marketing so it’s never a gamble.

As Earth’s population continues to expand at an exponential rate, so does the total number of social media users. Our phones, tablets, and computers are our primary sources of, well – pretty much everything nowadays, from entertainment, education, communication, and consumption. The days of being glued to television and radio are becoming obscure. What better way to adapt to our technologically advanced world than to have your product or service seen by the masses or go “viral”?

Digital marketing is an umbrella that contains various elements that make businesses’ presence more palpable. The elements that have been widely used in recent years include Search Engine Optimization, Email Marketing, and Content Marketing, just to name a few.

As part of the umbrella, Paid Social Advertising has seen quite a surge in recent years, as evidenced by recent marketing and advertising statistics. According to Statista, Ad Spending is expected to see a projected growth of $521 billion in 2021 to $876 billion in 2026. That is likely due in part to the impressive return on social media ad investments.

A common misconception of digital marketing is that organic posts yield the most fruitful results. However, that could be further from the truth. Social media algorithms constantly shift the goal post, making business-oriented posts a nonce as content from family and friends are prioritized. Paid social advertising allows businesses to circumvent the algorithm, making it possible to get the results they want.

As a business owner or a digital marketing consultant, it is imperative to identify your goals beforehand. Do you want to achieve brand awareness? Drive traffic to your company website? Generate leads and convert them into sales? Solidify one-time customers into loyal patrons?

Once you have your marketing goals locked down, it’s time to pinpoint your target audience and the social media platforms they engage with the most. For example, a clothing boutique may have more success advertising their business and selling their products on Instagram and Facebook, whereas a company that manufactures 3D Printers may find its target audience on Linkedin.

Once you have produced and distributed content that covers all parts of the marketing funnel, it’s time to measure the success of your social ad strategies through analytics. These analytics cover various metrics and they are known as KPI’s or Key Performance Indicator. The most prominent KPI’s in digital marketing are ROAS (Return On Ad Spend), CPC (Cost Per Click), CPA (Cost Per Action), and CPM (Cost Per Mille or Thousand Impressions).

Paid social marketing sometimes involves trial and error, so don’t be afraid to tweak your formula until you find a strategy that works for your business.

Now that we have covered the basics of paid social advertising, let’s go over some of the trends bound to take social media and digital marketing by storm.

Social Media is the first or second point of contact for many prospective customers, to which then they are directed to a company’s website. Channeling your marketing strategies solely on the social media front makes it easier for business owners to engage with consumers directly. Consumer research has shown that adults between 18-24 have made up more than half of social commerce purchases in the U.S., with an expected projection of $79 billion in revenue by 2025. Within that same time frame, global social commerce will grow into a $1.2 trillion market. In another study, Sprout Social, a leading social media management and analytics company, collected data from consumers of which 68% have made purchases on social media. The study concluded with 98% of consumers planning to make a purchase through social e-commerce by the end of 2022.

Currently, Facebook is the leader in social commerce with 56 million buyers, followed by Instagram with 32 million buyers, and lastly Pinterest with 13.9 buyers. Other social media platforms also have clout in social commerce as well. Snapchat users have a whopping $4.4 trillion in global spending power, whereas Tik Tok users spent $2.3 billion on the app in 2021. The latter is likely inspired by the hashtag trend #tiktokmademebuyit.

Social commerce is poised to become a leading influence in purchasing decisions since most consumers are more inclined to buy due to product reviews, comments, and recommendations from family and friends.

The origins of online video content had humble beginnings in youtube. As social media platforms progressed in popularity and functionality, video content increased in production and decreased in duration.

Instagram Stories and eventually Reels gave users the opportunities to not only entertain followers but to also promote their brand to a broad audience.

The successor to Instagram, Tik Tok, is expected to see an upward tick of 1.8 billion users by the end of 2022. 75% of its audience consists of adults ranging from the ages 18-35, which means there’s a huge demand for enticing and creative content.

Short videos are effective in digital marketing because it extend the duration in which social media users linger on an influencers for brands page. Short videos are also shared significantly more than content that only contains text and still images.

On the analytics front, it can enhance SEO performance. According to Hubspot, 87% of marketers have seen a positive ROI from video content.

Live Streaming is the New QVC

Live streaming counts as effective video marketing despite it being longer than Tik Tok clips and Instagram reels. And it’s all for a greater purpose – to give brands face value. Live streaming is an effective way to connect with consumers whole, educating – and even entertaining them. Business owners or ambassadors can address consumer inquiries or concerns in real time. The footage can then be saved and posted on your social media accounts. Engaging regularly with your audience humanizes your brand, making it seem more trustworthy. That sentiment has proven to ring true during the pandemic, as brick-and-mortar shops were shut down and the need for human interaction climbed at an all-time high. Physical stores have since opened up again, but live shopping isn’t slowing down anytime soon. Statista predicts that live shopping will see revenue growth of $35 billion in the U.S. by 2024.

Using social media influencers to vouch for your brand is known as the C2B (consumer to business) model, affiliate marketing or influencer marketing. Affiliate marketing in North America is calculated to see a revenue of $17 billion by 2022. The social media personalities chosen to be brand ambassadors usually include bloggers, celebrities, foodies, and fitness gurus. The bigger the following, the bigger the outreach. However, small business owners and e-commerce stores do not have the budget to pay big names to promote their products and services. All hope is not lost, though. Niche influencers and trend setters are just as effective at spreading brand awareness, not to mention they are more affordable; charging between $30 to $115 per post. Micro-influencers are perfect for paid social advertising since they have smaller audiences – less than 100,000- which converts to higher and more consistent engagement rates.

Marketing is Blurring the Lines of Reality (VR & AR)

Snapchat and Pokemon Go introduced AR or Augmented Reality into our daily lives as a form of entertainment. It eventually made its way into marketing with e-commerce giants such as Amazon and IKEA, allowing consumers to “try before they buy”; testing out digital versions of products in physical spaces. The concept has since evolved to include clothing, accessories, and cosmetics as well.

VR or Virtual Reality on the other hand, fully immerses users in a completely digital world, also known as the metaverse. While the concept of the Metaverse isn’t new, Facebook has revolutionized it, and major entities, from Fortnite to Gucci have caught on to its value in social advertising.

The AR and VR market is expected to $94.4 billion by 2023, and this technological advancement boasts a pretty impressive 40% conversion rate. It’s safe to predict that it will become commonplace in e-commerce.

To Wrap It All Up

These trends are all very promising and have the data to back it up. They are also likely to be more effective in some combination as opposed to utilizing each strategy individually.

As a small business owner who wants to up their social advertising game, don’t be discouraged by the lack of funds. The world of digital marketing has evolved to be more inclusive; meaning that everyone can get their hands on a piece of the pie. At Vab Media, we can help you get your share by brainstorming an effective paid social advertising strategy that will produce significant results for your business. Check out our Protech 8 case study. 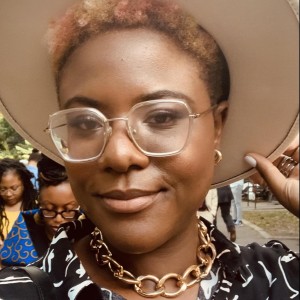 It should go without saying that your website’s homepage will make or break a visitor’s user experience. First impressions do matter, right? There’s a small Not too long ago, people associated Artificial Intelligence with ‘I-Robot”-Esque post-apocalyptic future or automation ridding humans of once manual professions. We’re here to say that

6 of the Best Foolproof Digital Marketing Strategies in Recent Years

In the same vein as the internet foundation it was built upon, the world of digital marketing has made significant advancements in recent years. Marketing

Get Discounts on
digital marketing services